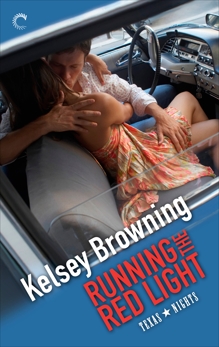 After wearing a Least Likely to Succeed label all her life, Roxanne Eberly is hell-bent on making her Red Light Lingerie store successful. Although the residents of small-town Shelbyville, Texas, are a little…lingerie-resistant, she'll win them over eventually. So when a former employer sues her, putting a major wrinkle in her careful plans, she reluctantly accepts help from hot-stuff Houston attorney Jamie Wright.

Jamie's on track to become his firm's youngest partner, but discovers an unwritten prerequisite—marriage. Turns out, the only woman he wants is Roxanne, but peddling thongs and sex toys isn't a suitable career for the spouse of an up-and-coming attorney.

Jamie's tangled up in Roxanne's lawsuit, her life and her lingerie. But if they're ever going to make it work, Roxanne's big-city boy will have to decide what he values more: the career he always thought he wanted or the woman he never thought he'd fall for.