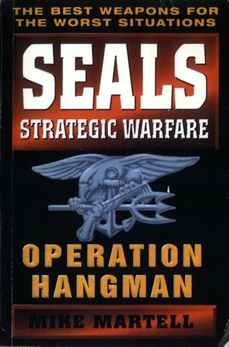 Point four SEALs at an enemy—then pull the trigger . . .

The Briefing: A CIA spook in pinstrips lay out the scenario—and the SEALs are his: a deadly quarter of America's best, handpicked for the frontlines in the war against terrorism.

The Preparation: Every contingency is planned for. There can be no mistakes in the life-or-death, clockwork completion of a multi-phase operation half a world away. Failure is not an option.

The Plan: To fight terror with terror.

The Mission: Infiltrate a hostile terrorist training camp. Destroy a shipping lane. Disrupt the transfer of terrorist monies. Free a captive spy. Strike hard and fast and deadly with all the firepower they can carry to achieve the ultimate goal: the termination of the world's most dangerous, elusive, and well-protected madman.

An electrifying novel of covert warfare that authentically re-creates a top secret SEALs op, from inception through preparation to the bloody confrontation, complete with maps, weapon illustrations, and briefings.

This is the story of how the work gets done. . . and done right.