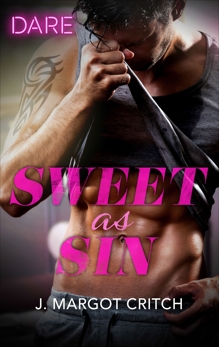 The Martinez family helped Alex Fischer turn his life around when he came to them as a troubled child. Now, years later, he’s best friends with their son, Rafael, and they’re both living the high life in Vegas, working and partying together. When he runs into Rafael’s younger sister, Maria, at a club one night, his red-hot attraction to her takes him by surprise. Wary of betraying Rafael, he keeps his distance. Until…

The last thing he expects is to run into Maria at his office, where she’s been hired as an assistant. They can’t keep their hands off each other, and it doesn’t take long for them to begin an illicit fling. Alex knows their relationship must stay hidden or he could lose his best friend and tear apart the Martinez family—but it’s hard to keep something this good a secret forever.