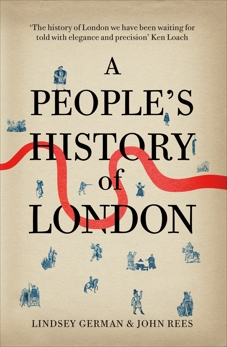 A People's History of London

Synopsis: In the eyes of Britain’s heritage industry, London is the traditional home of empire, monarchy and power, an urban wonderland for the privileged, where the vast majority of Londoners feature only to applaud in the background.

Yet, for nearly 2000 years, the city has been a breeding ground for radical ideas, home to thinkers, heretics and rebels from John Wycliffe to Karl Marx. It has been the site of sometimes violent clashes that changed the course of history: the Levellers’ doomed struggle for liberty in the aftermath of the Civil War; the silk weavers, match girls and dockers who crusaded for workers’ rights; and the Battle of Cable Street, where East Enders took on Oswald Mosley’s Black Shirts.

A People’s History of London journeys to a city of pamphleteers, agitators, exiles and revolutionaries, where millions of people have struggled in obscurity to secure a better future.