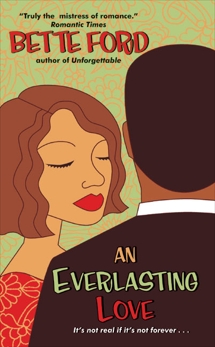 A sexy NFL star reunites with his lost love and finds a family he never knew existed in this exciting new contemporary African American romance.

Brynne Armstrong, a counsellor at a Detroit women's centre, returned to Detroit after an abrupt break-up with her boyfriend Devin Prescott, star NFL quarterback. For the past four years her life has revolved around work and her 3-year-old daughter Shanna, but that changes when Devin suddenly reappears.

Devin is shocked to run into Brynne at a party. His old pain returns as he remembers how Brynne left him without any explanation. But he finally gets his explanation, or at least part of it, when Brynne tells him she left because she was pregnant. What she doesn't tell him is that she became pregnant after being raped, and doesn't know if the baby is Devin's or her attacker's. She has never tried to find out Shanna's father's identity out of fear that it would be the attacker, but now she must know the truth and asks Devin to take a paternity test. They discover that he is the father. Not knowing about her attack, he's furious and hurt that she was cheating on him, and that he missed the first years of his daughter's life. As he spends time with Shanna he feels confused about Brynne. He still loves her but thinks he can't trust her. Brynne also still loves him, but she's never told anyone about her attack. She is afraid of what he will think, or if he'll even believe her. But they know they want to be a family, and that will mean taking risks and learning to trust each other again.