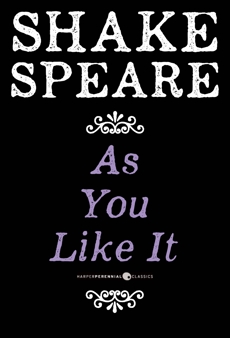 Disguised as a man, Rosalind, along with her cousin Celia, flees her uncle’s court. Finding refuge in the Forest of Arden, they are reunited with Rosalind’s father, an exiled duke, and Orlando—also exiled and pining for his lost love, Rosalind. Still in disguise, Rosalind undertakes to help Orlando reunite with his beloved, while herself fighting off the advances of the shepherdess, Phebe.