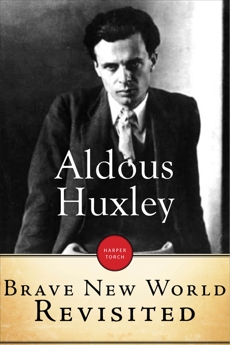 When Aldous Huxley wrote his famous novel Brave New World, he did so with the sincere belief that the dystopian world he created was a true possibility given the direction of the social, political and economic world order. Written almost thirty years later, Brave New World Revisited is a re-evaluation of his predictions based on the changes he had witnessed in the meantime. In this twelve-part essay, Huxley argues that society is moving toward his dystopian vision even faster than he had originally assumed, and provides his own suggestions on how to bring an end to this decadent decline.

Brave New World Revisited condemns symptoms of modern life such as overpopulation, propaganda and extreme government control while providing a staunch defence of individualism. Despite being published over fifty years ago, the problems identified in Brave New World Revisited are still startlingly relevant, lending a chilling creditability to Aldous Huxley’s unsettling predictions.