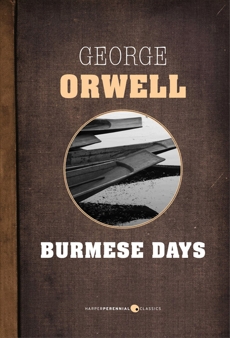 Set in the waning days of the British Empire in Burma (currently Myanmar), Burmese Days is a moving and insightful story of colonial life where socio-economic divisions are strictly upheld and corruption is rife within the local administration. An Indian, Dr. Veraswami has incurred the enmity of U Po Kyin, the local magistrate, and only membership in the white-only Club will protect him. John Flory, a white timber-merchant, is positioned to help Veraswami, but finds his own life changing when he falls in love with the newly-arrived Elizabeth Lackersteen.

The first of George Orwell’s novels, Burmese Days is based on Orwell’s observations and experiences as a policeman in Burma in the 1920s, and explores such themes as imperialism and racism. First published in 1934, Burmese Days received a mixed reaction from the press, simultaneously lauded and criticized for its unflinching portrayal of colonial life.