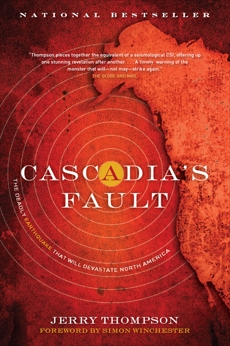 The Cascadia Subduction Zone is a crack in the earth’s crust, roughly fifty kilometres offshore, running 1,100 kilometres from northern Vancouver Island to northern California. About every 500 years this fault generates a monster earthquake. There is roughly a thirty percent chance that it could happen again within the next fifty years. Or it could happen tonight. Without a doubt, the coming quake is one day closer today than it was yesterday.

The Cascadia Subduction Zone is virtually identical to the offshore fault that wrecked Sumatra in 2004, and it will generate the same type of earthquake, a magnitude nine or higher. It will send crippling shockwaves across a far wider area than any of the California quakes you’ve ever heard about, slamming five cities at the same time: Vancouver, Victoria, Seattle, Portland and Sacramento. Cascadia’s fault will wreck dozens of smaller towns and coastal villages -- and no one in these places will be able to call their neighbours for help.

Written by a journalist who has been following this story for twenty-five years, Cascadia’s Fault tells the tale of this devastating future earthquake and the tsunamis it will spawn.