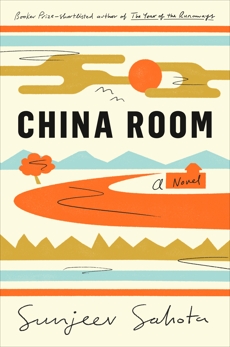 Synopsis: From the Booker Prize finalist, a captivating novel about two unforgettable characters seeking to free themselves--one from the expectations placed on women in early 20th century Punjab, and the other from the weight of life in the contemporary Indian diaspora

1929. Fifteen-year-old Mehar is one of three wives married to three brothers on a farm in small-town Punjab. The problem is, she doesn't know which of them is her husband. She and her "sisters" spend their days hard at work, sequestered from the men--except when their domineering mother-in-law, Mai, summons them to a darkened chamber at night. Curious and headstrong, Mehar can't help but try to piece together what Mai doesn't want her to know. From beneath her veil, she studies the sounds of the men's voices, the callouses on their fingers as she serves their tea. When at last, through the slats of the family's china room, she glimpses something that seems to confirm her husband's identity, a passion is ignited that will put more than one life at risk.

1999. A British Sikh drops out of University and travels to Punjab, hoping to shake an addiction that has held him in its grip for over a year. Growing up in small-town England, the son of an immigrant shopkeeper, his experiences of racist ostracism and violence led him to seek a dangerous form of escape. Now, as he rides out his withdrawal at an old farmstead belonging to the family, he meets a woman, an outcast who offers him friendship.

At once sweeping and intimate, vivid and gripping, China Room is a deeply moving story of oppression, love, trauma, and resilience--the perfect book for our times.