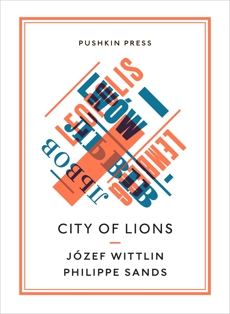 Synopsis: The Ukrainian city Lviv's many names (Lviv, Lvov, Lwow, Lemberg, Leopolis) bear witness to its conflicted past - it has, at one time or another, belonged to the Austro-Hungarian Empire, Poland, Russia and Germany, and has brought forth numerous famous artists and intellectuals. My Lwow, Jozef Wittlin's short 1946 treatise on the city he left in 1922, is a wistful and lyrical study of an electrifying cosmopolis, told from the other side of the catastrophe of the Second World War. Philippe Sand's essay provides a parallel account of the city as it is today: the cultural capital of Ukraine, its citizens played a key role during the Orange Revolution, and its executive committee declared itself independent of the rule of President Viktor Yanukovych in February 2014. The City of Lions includes both old black-and-white photos showing Lviv during the first half of the twentieth century, and new photographs by the award-winning Diana Matar, of the city as it is today.