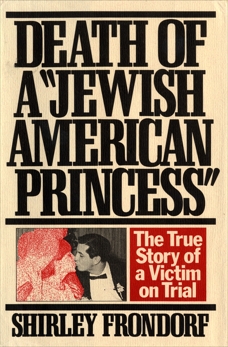 Death of a Jewish American Princess: The True Story of a Victim on Trial

Synopsis: In 1982, a sensational murder trial in Phoenix, Arizona, reverberated throughout the legal community. Restaurateur Steven Steinberg, who killed his wife by stabbing her 26 times, was acquitted; his legal defense portrayed the victim as an overpowering "Jewish American Princess" whose excesses may have provoked her violent end. Examining the structure of the defense's case, Frondorf, an attorney who was previously a psychiatric social worker, follows the theme that made Elana Steinberg the villain, instead of the victim, of the piece. The defense's forensic presentation, bolstered by testimony from psychiatrists, maintained that Steinberg committed the crime while sleepwalking, an abnormality allegedly brought on by the intemperate spending of his wife. Frondorf recreates the trial whose outcome scarred the tightly knit Jewish community of Phoenix.