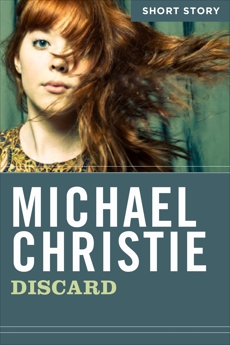 From the short-story collection The Beggar’s Garden, “Discard” tells the story of Earl, who, after the death of his beloved wife, Tuuli, retreats into his basement. He emerges to track down his estranged, homeless grandson, leaving food and other broken-down bits of things in dumpsters for him to find.

The Beggar’s Garden follows a diverse group of characters, from a bank manager to a drug addict to a retired Samaritan, a web designer, and a car thief, as they drift through each other’s lives in Vancouver’s Downtown Eastside. Michael Christie’s darkly funny debut collection won the Vancouver Book Award; it was longlisted for the Scotiabank Giller Prize and was a finalist for the Rogers Writers’ Trust Fiction Prize.