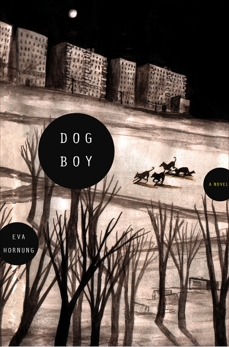 Synopsis: A vivid, riveting novel about an abandoned boy who takes up with a pack of feral dogs

Two million children roam the streets in late twentieth-century Moscow. A four-year-old boy named Romochka, abandoned by his mother and uncle, is left to fend for himself. Curious, he follows a stray dog to its home in an abandoned church cellar on the city's outskirts. Romochka makes himself at home with Mamochka, the mother of the pack, and six other dogs as he slowly abandons his human attributes to survive two fiercely cold winters. Able to pass as either boy or dog, Romochka develops his own moral code. As the pack starts to prey on people for food with Romochka's help, he attracts the attention of local police and scientists. His future, and the pack's, will depend on his ability to remain free, but the outside world begins to close in on him as the novel reaches its gripping conclusion.

In this taut and emotionally convincing narrative, Eva Hornung explores universal themes of the human condition: the importance of home, what it means to belong to a family, the consequences of exclusion, and what our animal nature can teach us about survival.