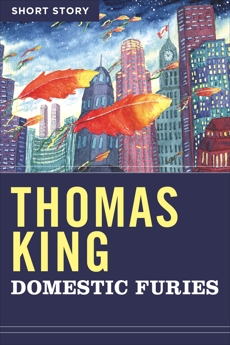 When his mom, who always wanted to be an actress, won’t let him watch her perform in The Little Foxes, the narrator’s dad must sneak him into the show.

A Short History of Indians in Canada, Thomas King’s bestselling collection of twenty tales, is a comic tour de force, showcasing the author at his hilarious and provocative best. With his razor-sharp observations and mystical characters, including the ever-present and ever-changing Coyote, King pokes a sharp stick into the gears of the Native myth-making machine, exposing the underbelly of both historical and contemporary Native-White relationships. Through the laughter, these stories shimmer brightly with the universal truths that unite us.