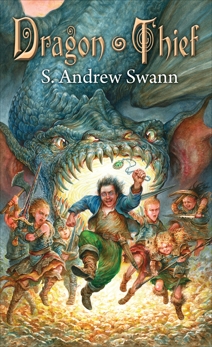 Synopsis: The second book in this humorous and offbeat fantasy series, where magic is rarely perfect, heroes are rarely honorable, and you just might wake up in a body that's not your own…

All Frank Blackthorne wants is a little vacation from being the princess. The involuntary swap in gender has been bad enough, but being a figurehead for the Royal Court of Lendowyn is becoming downright oppressive. In a fit of drunken self-pity, Frank turns to using a cursed artifact, hoping to become a man again, if only temporarily.

The good news is he becomes a man again, a kingdom away from Lendowyn court.

The bad news is the man whose body he now occupies belongs to a notorious thief wanted by every kingdom in the known world. A man of ruthless ambition who has left unimaginable destruction in his wake. A man who Frank has inadvertently deposited in the middle of the Lendowyn court in the body of the princess.

Now he’s stranded, his only allies a group of outcast teenage girls convinced that he’s the legendary master thief Snake. He must get back to Lendowyn—avoiding the armies of thieves, mercenaries, and assassins after the bounty on his new head.

Dragon Thief is the second novel in the hilarious, light-hearted fantasy series by S. Andrew Swann.