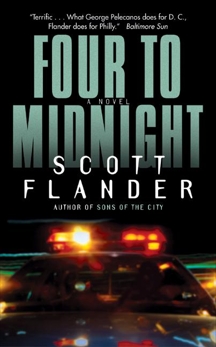 Four to Midnight: A Novel

Sometimes the hardest thing for a cop to do is the right thing.

A black city councilman is badly beaten on a West Philadelphia street and blames two of Sgt. Eddie North's best cops. They deny it. Eddie, uncertain of what really happened, decides to back his men—and finds himself accused of a conspiracy to cover up the truth.

The media, the politicians and the public are outraged. And then a man in a black ski mask begins a campaign to assassinate cops.

As Eddie races to learn what was really behind the beating, there's even more trouble. A fellow sergeant has taken advantage of the confusion in the city and formed a ring of corrupt officers—including one of the two cops Eddie is risking his career for.

The widening conflict between the police and the black community is mirrored by the battle of cop against cop. And with the stakes so high, there are no winners—just those strong enough, and lucky enough, to survive.