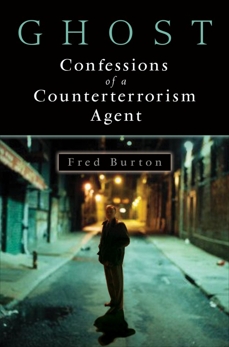 Ghost: Confessions of a Counterterrorism Agent

For decades, Fred Burton, a key figure in international counterterrorism and domestic spycraft, has secretly been on the front lines in the fight to keep Americans safe around the world. Now, in this hard-hitting memoir, Burton emerges from the shadows to reveal who he is, what he has accomplished, and the threats that lurk unseen except by an experienced, world-wise few.

In this globe-trotting account of one counterterrorism agent’s life and career, Burton takes us behind the scenes to reveal how the United States tracked Libya-linked master terrorist Abu Nidal; captured Ramzi Yusef, architect of the 1993 World Trade Center bombing; and pursued the assassins of major figures including Yitzhak Rabin, Meir Kahane, and General Muhammad Zia-ul-Haq, the president of Pakistan–classic cases that have sobering new meaning in the treacherous years since 9/11. Here, too, is Burton’s advice on personal safety for today’s most powerful CEOs, gleaned from his experience at Stratfor, the private firm Barron’s calls “the shadow CIA.”