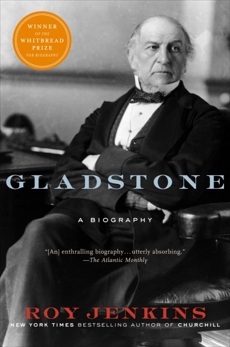 Synopsis: From the New York Times bestselling author of Churchill, a towering historical biography, available for the first time in paperback.

William Gladstone was, with Tennyson, Newman, Dickens, Carlyle, and Darwin, one of the stars of nineteenth-century British life. He spent sixty-three of his eighty-nine years in the House of Commons and was prime minister four times, a unique accomplishment. From his critical role in the formation of the Liberal Party to his preoccupation with the cause of Irish Home Rule, he was a commanding politician and statesman nonpareil. But Gladstone the man was much more: a classical scholar, a wide-ranging author, a vociferous participant in all the great theological debates of the day, a voracious reader, and an avid walker who chopped down trees for recreation. He was also a man obsessed with the idea of his own sinfulness, prone to self-flagellation and persistent in the practice of accosting prostitutes on the street and attempting to persuade them of the errors of their ways. This full and deep portrait of a complicated man offers a sweeping picture of a tumultuous century in British history, and is also a brilliant example of the biographer’s art.