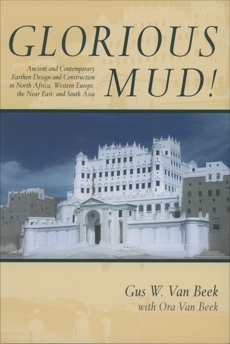 Glorious Mud!: Ancient and Contemporary Earthen Design and Construction in North Africa, Western Europe, the Near East, and Southwest Asia

Synopsis: Invented about 13,000 years ago, mud architecture has since been one of the most common, economical, useful, and widespread forms of building. It has been--and is still being--used for grand palaces and temples as well as simple shops and homes. Research conducted over the last several decades has enabled archaeologists and architects to understand how now-ruined, ancient mud structures were originally built. Gus and Ora Van Beek describe mud-construction techniques from Southwest Asia, the Near East, North Africa, Europe, and the United States, paying specific attention to problems involving foundations, wall and roof construction, cooling and heating, water erosion, and earthquake damage. Glorious Mud! is not only the definitive reference work on one of the world's most important forms of architecture but also a powerful study of the human past.