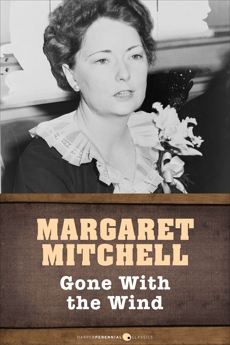 Gone With The Wind

Gone with the Wind is the story of Scarlett O’Hara, a spoiled Southern belle who uses her wits and her wiles to lift herself and her family out of the ashes left by Sherman’s March to the Sea during the American Civil War, only to learn the true meaning of love and friendship as she loses those who have become most dear to her.

First published in 1936, Gone with the Wind was awarded the Pulitzer Prize for Fiction in 1937 and was the basis for the epic David O. Selznick film starring Clark Gable, Vivien Leigh, Leslie Howard, Olivia de Havilland, and Hattie McDaniel, who won the Academy Award for Best Supporting Actress for her role as Mammy. Gone with the Wind is one of the most enduring tales of the Southern experience during the Civil War and the reconstruction that followed and was the only novel published by American writer Margaret Mitchell during her lifetime.