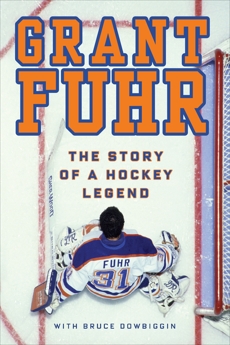 Grant Fuhr: The Story of a Hockey Legend

Synopsis: The Hall of Fame story of Grant Fuhr, the first black superstar in the National Hockey League and the last line of defense for the Edmonton Oilers dynasty, told through Fuhr's 10 most important games.


Grant Fuhr was the best goalie in the league at a time when hockey was at its most exciting. Wayne Gretzky's Edmonton Oilers were arguably the greatest team in league history, and during the 1980s arguably the most popular team across the United States, even if many had little idea where Edmonton was. They were that good. And so was Fuhr: Gretzky called him the best goaltender in the world.

Fuhr broke the colour barrier for NHL goaltenders when he played his first game for the Oilers in 1981, and was an inspiration for later players including future Hall of Famer Jarome Iginla. But in addition to their dynastic run of Stanley Cup championships, the Oilers were also synonymous with the excesses of the decade: Fuhr himself was suspended for substance use, a discredit he had to fight back from--and did, going on to set career records and earning election to the Hall of Fame in his first year of eligibility.