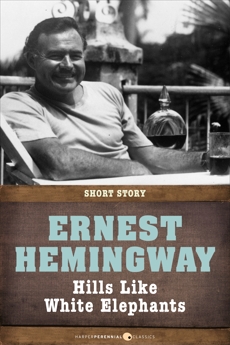 A man and his girlfriend wait for a train to Madrid at station in rural Spain, the almost casual nature of their conversation evading the true emotional depth of what’s happening between the two of them. “Hills Like White Elephants” is considered to be among Ernest Hemingway’s best short fiction, showcasing the author’s powerful ability to strip writing down to its bare bones and allow the reader’s imagination to fill in the subtext.

One of America’s foremost journalists and authors, Ernest Hemingway as also a master of the short story genre, penning more than fifty short stories during his career, many of which featured one of his most popular prose characters, Nick Adams. The most popular of Hemingway’s short stories include “Hills Like White Elephants,” “Indian Camp,” “The Big Two-Hearted River,” and “The Snows of Kilimanjaro.”