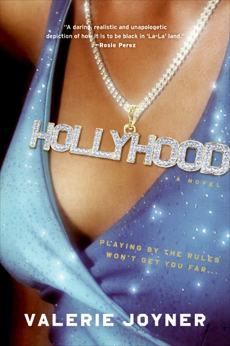 Tyrone Hart clawed his way up from DC's drug-infested streets to the rich and glamorous world of Hollywood. A producer and Tinseltown heavyweight, he's got the cash to burn . . . but what happens when the ratings drop?

To the public, Ty's best friend, Maxwell, is a Zen-influenced writer who never lets anything ruffle his cool demeanor . . . but in private he has a secret that makes him rehab-bound. Sitcom star Leede will kill to keep his status, while his leading lady, Naja, could never love anyone who isn't her . . .

And sex rules your nights

Ty's girlfriend might pressure him to get married...but she's not about to give up her extracurricular playdates! And it's hard to stay faithful when there are ten gorgeous women for every step Ty takes.

Determined to live his dream, Ty uses his street-sense and savvy instincts to keep control of his career, his show, his life . . . and his friends. Hollywood might be the land of dreams, but in Hollyhood the only dreams you get are the ones you make yourself.