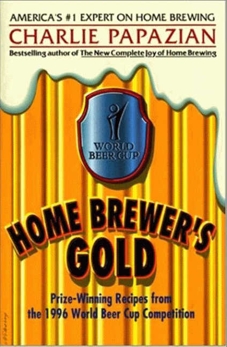 America's master home brewer shows you how to make the best beers on the world.

In 1996, the brewers of the world met the ultimate challenge:the World Beer Cup International Competition. More than250 breweries entered their finest creations in sixty-one differentcategories before an international panel of beermaking experts.Only the most magnificent examples of the brewmaster's artqualified for the top award: the Gold Cup. And now, you can tasteall these prize-winning brews -- at home.

Here's all you need to know to make five gallons of each Gold Cupchampion brew. Based on brewery data, lab analysis, tasting notes,and Charlie Papazian's quarter-century of home brewing experiencehere are recipes encompassing: