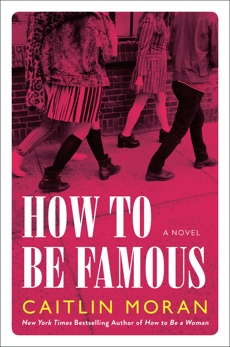 How to Be Famous: A Novel

A Library Journal Best Book of 2018

Johanna Morrigan (aka Dolly Wilde) has it all: she is nineteen, lives in her own flat in London, and writes for the coolest music magazine in Britain. Her star is rising, just not quickly enough for her liking.

Then John Kite, Johanna’s unrequited love, has an album go to number one. Suddenly John exists on another plane of reality: that of the Famouses, a world of rabid fans and VIP access. Johanna lacks the traditional trappings of fame (famous parents, mind-scorching hotness, exotic scandals, etc.), so she does the only thing a self-respecting Lady Sex Adventurer can do. She starts a magazine column critiquing the lives and follies of the Famouses around her. But as Johanna skyrockets to fame herself, she begins to realize that with celebrity comes sacrifice, and hers may mean giving up the one person she was determined to keep.

For anyone who has been a girl or known one, who has admired fame or judged it, How to Be Famous is a big-hearted, hilarious tale of fame and fortune—and all that they entail.