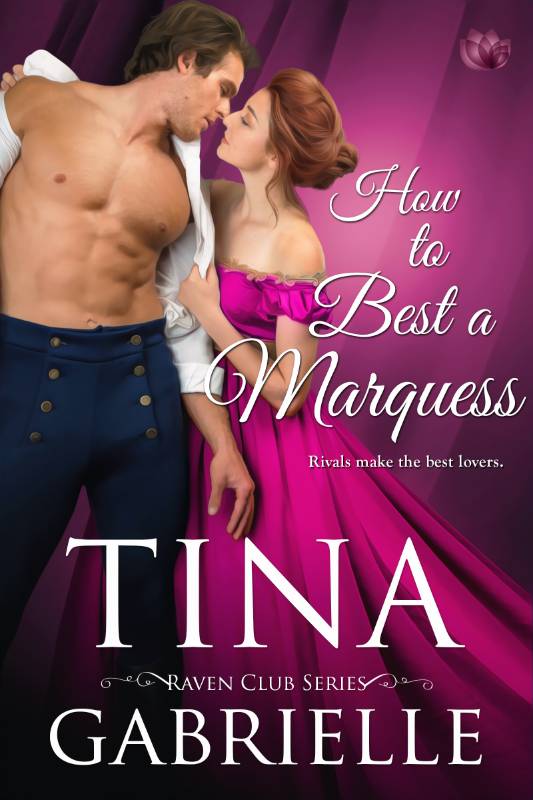 When a handsome boxer kisses Lady Ellie Swift for good luck during a match, it turns her world upside down. Because the rogue isn’t just anyone…it’s the Devil Marquess returned. Thanks to Hugh Vere, Marquess of Deveril, Ellie learned at an early age that men are more trouble than they’re worth. Now, instead of a husband, she wants to take over her brother’s infamous gambling club—the Raven Club. And apparently the devil wants it, too.

From the moment Hugh sees Ellie again sparks fly, but battle lines have been drawn. Whoever is the most successful overseeing the club in one month’s time will win. And Hugh intends to win. And he intends to stay very close to Ellie to make sure she follows the rules. What he discovers, though, is that Ellie is no longer the sweet girl he knew years ago—and winning won’t be easy. But the nearly combustible chemistry between them is hard to ignore, and soon the club is not the only prize he wants…

Each book in the Raven Club series is STANDALONE:
* How to Tempt an Earl
* How to Best a Marquess