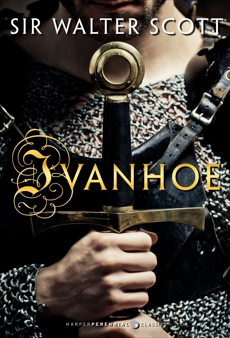 In the aftermath of the Third Crusade, Wilfred of Ivanhoe, the son of a Saxon nobleman, is disinherited by his father when his allegiance to the Norman King Richard is revealed. At the same time, Ivanhoe’s beloved, the Lady Rowena, is to be sent into an arranged political marriage. As a tense conflict rages between the Saxons and the Normans, Ivanhoe sets off to restore his place in the world and win the hand of his beloved Lady Rowena.

This novel of adventure and chivalry combines history and legend, depicting real events that occurred during King Richard’s reign alongside fictional events and heroes such as Robin Hood. Ivanhoe remains a favorite of Scott’s works, and has been adapted numerous times for film, theatre, and television.