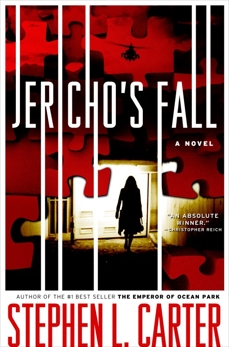 Synopsis: A riveting spy thriller, Jericho's Fall is the spellbinding story of a young woman running for her life from shadowy government forces.

In a secluded mountain retreat, Jericho Ainsley, former CIA director and former secretary of defense, is dying of cancer. To his bedside he has called Rebecca DeForde, a young, single mother, who was once his lover. Instead of simply bidding farewell, however, Ainsley imparts an explosive secret and DeForde finds herself thrown into a world of international intrigue, involving ex-CIA executives, local police, private investigators, and even a US senator. With no one to trust, DeForde is suddenly on the run, relying on her own wits and the lessons she learned from Ainsley to stay alive.