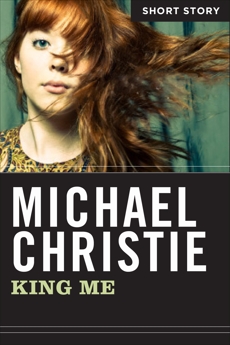 Michael Christie delicately and convincingly explores the fragile world of mental illness through Saul, a hospital patient who stops taking his medication, reordering his perspective on the world. “King Me” is part of Christie’s critically acclaimed short-story collection, The Beggar’s Garden.

The Beggar’s Garden follows a diverse group of characters, from a bank manager to a drug addict to a retired Samaritan, a web designer, and a car thief, as they drift through each other’s lives in Vancouver’s Downtown Eastside. Michael Christie’s darkly funny debut collection won the Vancouver Book Award; it was longlisted for the Scotiabank Giller Prize and was a finalist for the Rogers Writers’ Trust Fiction Prize.