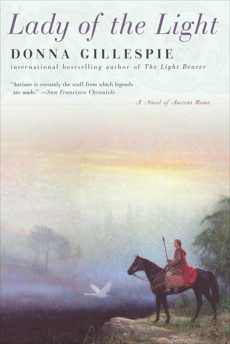 Synopsis: Auriane, warrior maiden of the Chattian tribe, was sworn to remove the cursed Romans from the lands of the Rhine. Then fate intervened: she was captured, brought to Rome in chains, and trained to fight in the arenas as a gladiator - only to fall in love with a Roman aristocrat, Marcus Arrius Julianus, and become his wife.

Marcus and Auriane have lived in tranquility for years but, without his knowledge, Auriane is a traitor to Rome. Plundering her husband's coffers for nearly a decade, Auriane has provided her people with enough wealth to arm themselves. Now, Auriane's betrayal has been discovered, and if her duplicity reaches the Roman authorities, her life - and the lives of her family - will be forfeit.