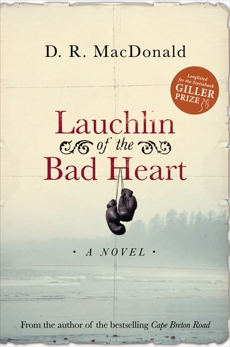 There was a time, at 22, when Lauchlin MacLean was a promising welterweight and the Cape Breton gyms were full of fighters; that was a time when his heart was strong and fit. Maybe if he'd become a ranked fighter, he might have moved on clearly and fluidly with his life. Maybe that might have swept him off this island of safety, sanctuary and family roots that run as deep as the surrounding waters. He might even have followed Morag to Boston.

Now in his fifties, Lauchlin is disturbed from his life of "what ifs" by a growing attraction to a beautiful blind woman, the wife of a friend. Drawn to her first for friendship, Lauchlin finds that Tena has awakened something buried deep within him. But others in the tightly knit island community are watching and waiting: Lauchlin unknowingly has become entangled in a sinister plot of revenge born in the dark forests that crowd the village. Now he must make a choice to trust in a heart that he has ignored for a very long time.

With sharply realized characters, lyrical pacing and haunting treatment of the Cape Breton landscape, Lauchlin of the Bad Heart is sure to garner the critical acclaim that surrounded D.R. MacDonald's previous bestselling novel, Cape Breton Road. Once again, he conjures a masterwork—part love story, part suspense tale, and part quest for home and heart.