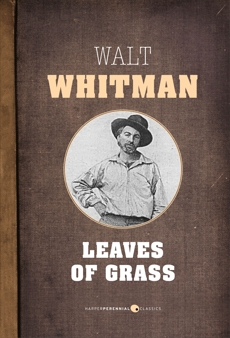 Leaves of Grass, first published in 1855, began as Walt Whitman’s collection of twelve unnamed poems, unique for their irregular line lengths and lack of rhyme. Whitman spent the remainder of his life re-writing the work, and republished the collection several times until it finally numbered over 400 poems. Leaves of Grass represents Whitman’s views on life and philosophy, and love, and features some of his best known and loved poems including “O Captain! My Captain!,” a tribute to Abraham Lincoln, and “Song of Myself.” Although Leaves of Grass was criticized for being obscene at the time of its publication, Whitman refused to censor his work, and his poetry is considered among the greats for its underlying beauty.

The character of Walt Whitman inspired the film Dead Poets Society and the book Paper Towns by John Green, and the collection is heavily featured in the AMC television show Breaking Bad. The main protagonist’s name, Walter White, is even inspired by Whitman, while the poem “Gliding Over All” has been referenced throughout the series several times.