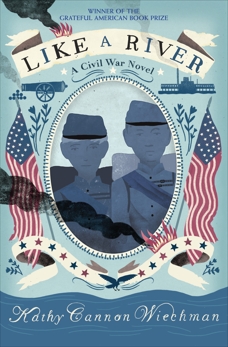 Leander and Polly are two teenage Union soldiers who carry deep, dangerous secrets. Leander is underage when he enlists and Polly follows her father into war disguised as his son. The war proves life changing for both as they survive incredible odds. Leander struggles to be accepted as a man and loses his arm as a consequence. Polly mourns the death of her father, endures Andersonville Prison, and narrowly escapes the Sultana steamboat disaster. As the lives of these young, brave soldiers intersect, each finds a wealth of courage and learns about the importance of loyalty, family, and love. Like a River is a lyrical atmospheric first novel told in two voices. Readers will be transported to the homes,waterways, camps, hospitals, and prisons of the Civil–War era. They will also see themselves in the universal themes of dealing with parents, friendships, bullying, failure, and young love.