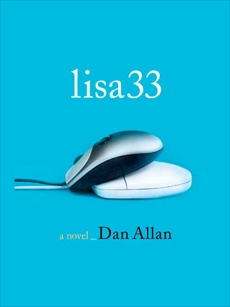 Synopsis: It’s circa 1999 and the first sex chat rooms are in full swing. Late at night as his family sleeps, “Tag,” a lawyer trapped in the golden handcuffs of a loveless marriage, makes his inaugural visit to the newly launched Literoticus.com. He can’t believe what he’s stumbled into. This freewheeling world of lonely misfits engaged in unbridled sexual activity is both shocking and intriguing. When Tag encounters the witty, insightful, and occasionally scathing “Lisa33,” he feels a chemistry that has eluded him his entire marriage. Late-night honesty builds into sexual and emotional obsession, the kind that makes you think you are capable of changing your whole life. But what Dan Allan’s characters fail to anticipate is how hard it is to translate fantasy into reality. As personal discontents begin to intrude on this virtual erotic eden, Lisa’s longing for something better collides with Tag’s inability to step beyond the boundaries of his own very narrow life, and Lisa makes a heartbreaking choice.

A heartfelt, profound, and highly original novel that both satirizes and utterly transcends the Internet craze, Lisa33 captures the longing for transformation through fantasy and brings to life the hilarious, weird community of self-invented characters who step into chat rooms in order to step out of the loneliness, fear, and sorrow of real life.