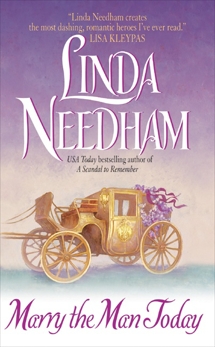 The final chapter in the delectable Gentleman Rogues trilogy by a consistent USA Today bestselling author.

The very last thing beautiful young Elizabeth Dunaway plan to do is marry! Determined to liberate the women of Britain, Elizabeth opens a private Ladies Club, scandalizing every male in Victorian London.

Of course, Ross Carrington, the Earl of Blakestone isn't at all like most other men. As a brilliant military strategist and gentleman spy, he's at the top of his game. But when an investigation leads him to the magnificently obstinate Miss Duniway, Ross sets out to tame her rebellious spirit, but soon finds that he's met his match.

The Battle of the Sexes.

When Elizabeth's campaign for women's rights goes too far and takes her to prison, she's stunned when the powerfully handsome Blakestone comes to her rescue with a marriage of convenience. But there's nothing at all convenient about waking up to the arrogant earl, wrapped in his embrace.As her dashing and attentive husband begins to romance her, she soon discovers that marrying Ross just might have been the most liberating thing she could ever have done.