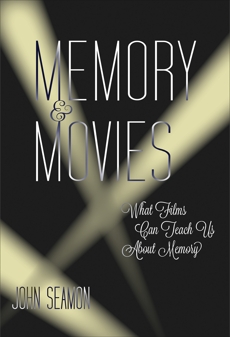 Memory and Movies: What Films Can Teach Us about Memory

Synopsis: How popular films from Memento to Slumdog Millionaire can help us understand how memory works.

In the movie Slumdog Millionaire, the childhood memories of a young game show contestant trigger his correct answers. In Memento, the amnesiac hero uses tattoos as memory aids. In Away from Her, an older woman suffering from dementia no longer remembers who her husband is. These are compelling films that tell affecting stories about the human condition. But what can these movies teach us about memory? In this book, John Seamon shows how examining the treatment of memory in popular movies can shed new light on how human memory works.

After explaining that memory is actually a diverse collection of independent systems, Seamon uses examples from movies to offer an accessible, nontechnical description of what science knows about memory function and dysfunction. In a series of lively encounters with numerous popular films, he draws on Life of Pi and Avatar, for example, to explain working memory, used for short-term retention. He describes the process of long-term memory with examples from such films as Cast Away and Groundhog Day; The Return of Martin Guerre, among other movies, informs his account of how we recognize people; the effect of emotion on autobiographical memory is illustrated by The Kite Runner, Titanic, and other films; movies including Born on the Fourth of July and Rachel Getting Married illustrate the complex pain of traumatic memories. Seamon shows us that movies rarely get amnesia right, often using strategically timed blows to the protagonist's head as a way to turn memory off and then on again (as in Desperately Seeking Susan). Finally, he uses movies including On Golden Pond and Amour to describe the memory loss that often accompanies aging, while highlighting effective ways to maintain memory function.