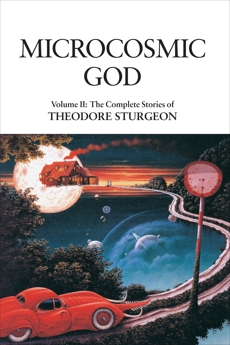 Synopsis: The second of a planned 10 volumes that will reprint all Sturgeon's short fiction covers his prolific output during 1940 and 1941, after which he suffered five years of writer's block. Showcasing Sturgeon's early penchant for fantasy, the first six selections include whimsical ghost stories, such as "Cargo," in which a World War II munitions freighter is commandeered by invisible, peace-loving fairies. With the publication of his enduring SF classic, "Microcosmic God," Sturgeon finally found his voice, combining literate, sharp-edged prose with fascinating speculative science while recounting the power struggle between a brilliant scientist, who creates his own miniature race of gadget makers, and his greedy banker. Voice found or not, every one of the stories here is readable and entertaining today because of Sturgeon's singular gifts for clever turns of phrase and compelling narrative. As Samuel R. Delaney emphasizes in an insightful introduction, Sturgeon was the single most influential SF writer from the 1940s through the 1960s.