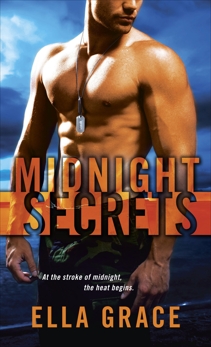 AT THE STROKE OF MIDNIGHT, THE HEAT BEGINS

On a hot southern night, with a storm on the horizon, a family is shattered. Three beautiful daughters—Savannah, Samantha, and Sabrina Wilde—go on with their lives, each significantly changed, as they bear the memory of the murder-suicide that killed their parents. For years, they have stayed away from Midnight, Alabama. Until Midnight calls them home.

Savannah is the first one back, when a grueling case in Nashville leads the young prosecutor to seek shelter in the quiet of the once grand Wilde mansion. But when she finds letters casting doubt on her family’s dark, shameful past, she realizes that peace in Midnight is a shallow façade and sinister secrets lurk beneath the surface. Zach Tanner, once the town’s bad boy, is now the new police chief and still has a wild hold over her. Zach can feel it, too, but he hurt Savannah once. As teenagers, they broke every rule together. Now it’s his job to keep her safe, even though he isn’t sure who her enemies are—or which ones might be his own.

“Good, solid romantic suspense as written by one of the best in the business.”—Fresh Fiction

“This kickoff novel sets a high standard for the series.”—Kirkus Reviews

“This is a strong start to what promises to be a really good series. The romance was utterly satisfying, the suspense creepy enough, the mystery puzzling and the Southern setting appropriate to the story.”—The Book Nympho