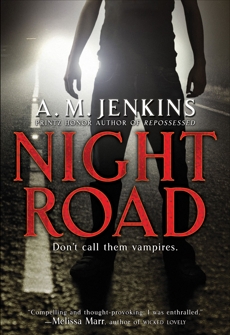 For a heme like Cole, life is a tightrope existence in which sunlight is his deadly enemy and one mistake could trap him underground, staring at the inside of a coffin lid, for eternity. After a century of wandering he may still look like a teenager, but he's known in the heme community for being observant, meticulous, and controlled—a master of life on the road.

When Cole is asked to take a newly created heme out for training, however, his usual caution may not be enough. If Gordon, the rookie who really is in his teens, can't cut ties with his old life and accept his new limitations, Cole will have to discreetly dispose of the kid—the same way a mad dog would be put down for the safety of society.

Cole thinks he can handle it. But no matter how carefully he plans, or how much he thinks he's in control, accidents still happen. . . .