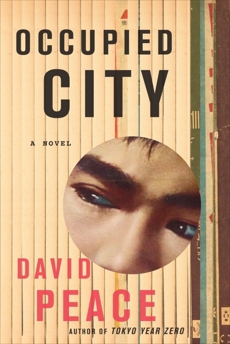 Synopsis: A fierce, exquisitely dark novel that plunges us into post–World War II Occupied Japan in a Rashomon-like retelling of a mass poisoning (based on an actual event), its aftermath, and the hidden wartime atrocities that led to the crime.

On January 26, 1948, a man identifying himself as a public health official arrives at a bank in Tokyo. There has been an outbreak of dysentery in the neighborhood, he explains, and he has been assigned by Occupation authorities to treat everyone who might have been exposed to the disease. Soon after drinking the medicine he administers, twelve employees are dead, four are unconscious, and the “official” has fled . . .

Twelve voices tell the story of the murder from different perspectives. One of the victims speaks, for all the victims, from the grave. We read the increasingly mad notes of one of the case detectives, the desperate letters of an American occupier, the testimony of a traumatized survivor. We meet a journalist, a gangster-turned-businessman, an “occult detective,” a Soviet soldier, a well-known painter. Each voice enlarges and deepens the portrait of a city and a people making their way out of a war-induced hell.

Occupied City immerses us in an extreme time and place with a brilliantly idiosyncratic, expressionistic, mesmerizing narrative. It is a stunningly audacious work of fiction from a singular writer.