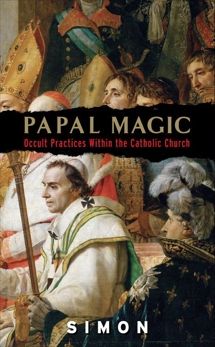 It is acknowledged Church doctrine that sorcery is the specific domain of the Devil. Yet occult tales are liberally sprinkled throughout the Old and New Testaments, from the spirit-invoking Witch of Endor to the story of Jesus raising Lazarus from the dead. Throughout its 2,000 year history, the Church has spawned numerous mystical religious orders, like the Knights Templar, that may have been engaged in supernatural pursuits, while no fewer than three popes were believed to be involved in occult practices.

Christian scriptures tell us that the occult is real, while Catholic priests are thought to have spiritual power over ghosts and evil entities. But if a priest can cast out demons during the rites of exorcism, does it not imply he has the ability to summon them as well?

In this eye-opening, provocative work, leading occult scholar Simon examines the Church's unspoken relationship with forbidden magic by exploring the infamous seventeenth-century document considered by some to be the most demonic of all occult texts—the Grimoire of Pope Honorius III—and illuminates the Vatican's darkest hidden corners.