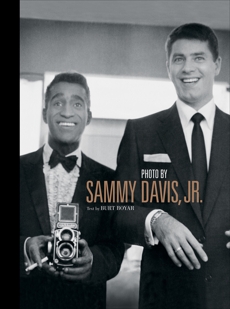 Sammy Davis, Jr. will forever be remembered as one of America's finest entertainers. An all–around performer who could sing, dance, and act, Davis broke racial barriers in the entertainment world and became the only non–white member of the Rat Pack. Only now, however, is Davis's talent as a photographer finally being recognized. In this previously unpublished collection of black and white photography, readers will be fascinated by Davis's portrayals of A–list performers, iconic world leaders, and scenes from everyday life. Davis's subjects include dozens of classic celebrities–such as Frank Sinatra, Marilyn Monroe, Paul Newman, and James Dean–who are often photographed at their most casual and revealing moments.

Accompanying the pictures is an assortment of remembrances by Burt Boyar, a longtime friend and traveling companion of Davis who collaborated with the entertainer on both of his autobiographies. Through a series of memorable anecdotes, Boyar reflects on Davis's many achievements as well as the private moments they shared as friends. Along with Davis's candid shots of ordinary life–from a group of children laughing to a baseball game at the Washington Monument–these stories reveal a side of the performer far removed from his Rat Pack persona.

The release of this book will also coincide with the release of Burt Boyar's upcoming documentary, Sammy Speaks, created from his extensive archive of taped conversations with the star.