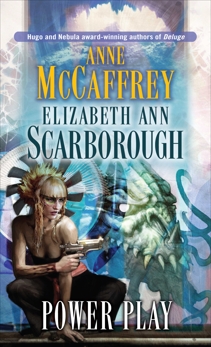 Synopsis: “Riveting . . . exciting . . . The writing and characterization, as well as the infusions of Celtic ­and Inuit lore, remain of high quality.”—Booklist

Petaybee is growing up. Day by day, the feeling planet—like any child—is learning to recognize and understand the meaning of outside stimuli, to respond to those stimuli, to communicate its own needs and desires . . . even to use human speech. Yanaba Maddock has appointed herself defender of her adopted planet, and has even succeeded in proving its sentience to nonbelievers. But despite her efforts, few outsiders truly care for the emotions and intelligence of what they perceive to be a giant hunk of rock. Then Yanaba is kidnapped. The price of her freedom: control of the planet itself. But the only one who can speak for Petaybee is Petaybee—and no one knows what a living planet can do once it finds its voice. . . .