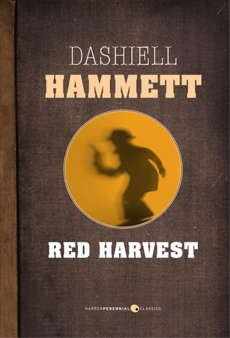 Filled with gangsters, cops on the take, and a kingpin desperate to reclaim his territory, Personville teeters on the brink of an all-out gang war. Enter the Continental Op, called in to town by Donald Willsson, who is taken out by a hit before briefing the Op on the case. Pitting faction against faction, and with a target on his own back, the Continental Op must save Personville before his number is up.

One of Dashiell Hammett’s best-known characters, the Continental Op is an original man of mystery, known only by his title. Modeled on Hammet’s own experience as a Pinkerton detective, Red Harvest is the definitive story of a town gone horribly wrong and the one man who can clean it up.