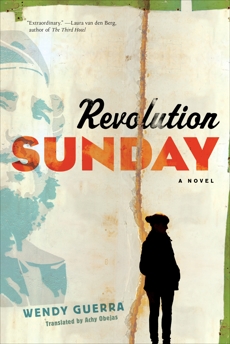 A novel of glamour, surveillance, and corruption in contemporary Cuba, from an internationally bestselling author--who has never before been translated into English

Cleo, scion of a once-prominent Cuban family and a promising young writer in her own right, travels to Spain to collect a prestigious award. There, Cuban expats view her with suspicion--assuming she's an informant for the Castro regime. To Cleo's surprise, that suspicion follows her home to Cuba, where she finds herself under constant surveillance by the government. When she meets and falls in love with a Hollywood filmmaker, she discovers her family is not who she thought they were . . . and neither is the filmmaker.