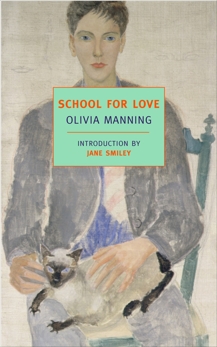 Synopsis: Jerusalem in 1945 is a city in flux: refugees from the war in Europe fill its streets and cafés, the British colonial mandate is coming to an end, and tensions are on the rise between the Arab and Jewish populations. Felix Latimer, a recently orphaned teenager, arrives in Jerusalem from Baghdad, biding time until he can secure passage to England. Adrift and deeply lonely, Felix has no choice but to room in a boardinghouse run by Miss Bohun, a relative he has never met. Miss Bohun is a holy terror, a cheerless miser who proclaims the ideals of a fundamentalist group known as the Ever-Readies—joy, charity, and love—even as she makes life a misery for her boarders. Then Mrs. Ellis, a fascinating young widow, moves into the house and disrupts its dreary routine for good.

Olivia Manning’s great subject is the lives of ordinary people caught up in history. Here, as in her panoramic depiction of World War II, The Balkan Trilogy, she offers a rich and psychologically nuanced story of life on the precipice, and she tells it with equal parts compassion, skepticism, and humor.