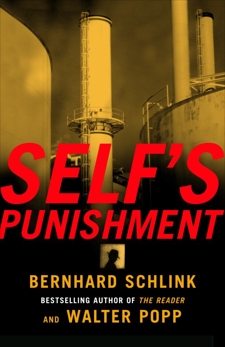 Synopsis: As a young man, Gerhard Self served as a Nazi prosecutor. After the war he was barred from the judicial system and so became a private investigator. He has never, however, forgotten his complicity in evil.

Hired by a childhood friend, the aging Self searches for a prankish hacker who’s invaded the computer system of a Rhineland chemical plant. But his investigation leads to murder, and from there to the charnel house of Germany’s past, where the secrets of powerful corporations lie among the bones of numberless dead. What ensues is a taut, psychologically complex, and densely atmospheric moral thriller featuring a shrewd, self-mocking protagonist.