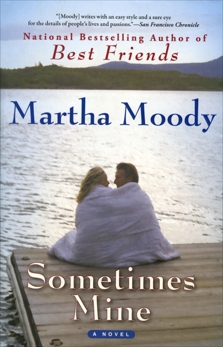 Synopsis: From the nationally bestselling author of the novel Best Friends, an emotionally affecting story of midlife romance and learning to value the people in your life.

Genie Toledo is a spitfire who too young married the wrong guy, had a daughter, quickly divorced, and now, in her forties, has filled the emotional gap by throwing herself into her work and holding friends and family at arm's length—even her college-age daughter. The only person to penetrate her thick shell is Mick Crabbe, with whom she's had a decade-long affair. He's a charming guy—famous even, a well-known college basketball coach—but the fact that they live in different states and see each other only once a week, and that Mick is committed not only to his wife and kids, but also to his basketball team and all those fans, suits Genie just fine. She can take care of herself. She doesn't need him.

That is, until Mick becomes fatally ill and the nature of their relationship is forced to change. Genie sets her heart free for the first time and is ultimately altered by the experience. As she becomes intimately involved in Mick's care, and makes herself known to his family, Genie finally understands the importance of making connections with others, and earns, even from the outside world, the extremely moving validation of her significance in Mick's life.

Narrated with the warmth, humor, and compassion that readers have come to expect from Martha Moody, Sometimes Mine is an emotionally engaging story of learning to appreciate the value of the people in your life, and the realization that sometimes the most meaningful relationships are those that go unrecognized.