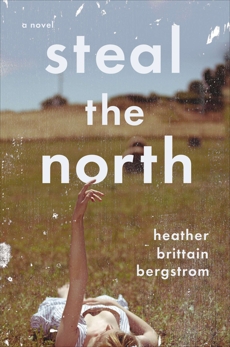 Steal the North: A Novel

Synopsis: A novel of love in all its forms: for the land, for family, and the once-in-a-lifetime kind that catches two people when they least expect it

Emmy is a shy, sheltered sixteen-year-old when her mom, Kate, sends her to eastern Washington to an aunt and uncle she never knew she had. Fifteen years earlier, Kate had
abandoned her sister, Beth, when she fled her painful past and their fundamentalist church. And now, Beth believes Emmy’s participation in a faith healing is her last hope for having a child.

Emmy goes reluctantly, but before long she knows she has come home. She feels tied to the rugged landscape of coulees and scablands. And she meets Reuben, the Native American boy next door.

In a part of the country where the age-old tensions of cowboys versus Indians still play out, theirs is the kind of magical, fraught love that can only survive with the passion and resilience of youth. Their story is mirrored by the generation before them, who fears that their mistakes are doomed to repeat themselves in Emmy and Reuben. With Louise Erdrich’s sense of place and a love story in the tradition of Water for Elephants, this is an atmospheric family drama in which the question of home is a spiritual one, in which getting over the past is the only hope for the future.